Vitiligo is a chronic disease characterised by patchy discolouration of the skin. 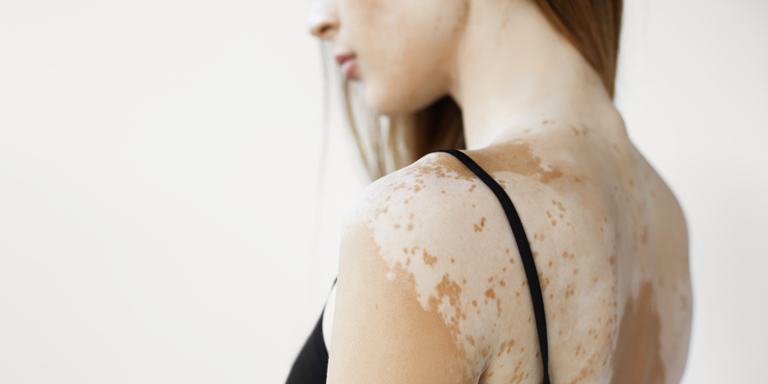 The loss of pigmentation is due to the inhibition or destruction of the cells that produce melanin. The disease occurs in approximately 1% of the global population and can already onset in infancy; in approximately half of all cases it usually first appears from the age of 20.

As there is a family history of the disease in approximately one third of all cases, it is likely that a predisposition to vitiligo can be inherited. However, exactly how the disease develops is still unclear.

Three hypotheses are currently being discussed:

It is also conceivable that all three hypotheses may be involved.

Mental stress, exposure to intense sunlight and injury to the skin may have a negative effect on the course of the disease. Hormonal changes such as in pregnancy and puberty are other possible trigger factors.

In generalised vitiligo, depigmentation occurs on both sides of the body. Sufferers may experience flare-ups and these may cause the white patches to cover virtually the entire body surface.

In localised vitiligo, the patches appear on only one side of the body. In most cases, the disease is therefore less pronounced.

Vitiligo is characterised by round, white, well-defined patches on the skin (depigmentation). In most cases, the skin bordering these patches is darker. Vitiligo most commonly appears on the face, neck, in the underarms, on the back of the hand and in the groin.

Diagnosis is based on the typical symptoms stated above. This requires both a detailed discussion between the doctor and the parents or the sufferer and examination of the skin.

A special UV lamp, the Wood’s lamp, can be used for this purpose. In cases of doubt, a skin biopsy is also performed.

To rule out any possible concurrent diseases, blood tests are also performed.

Vitiligo is incurable and the course is unpredictable. However, various individual treatment approaches are available, which are variably successful, depending on the form of vitiligo and where the depigmentation occurs. The face and neck often respond to treatment better than other parts of the body.

The following treatments are available for vitiligo and can often be combined: 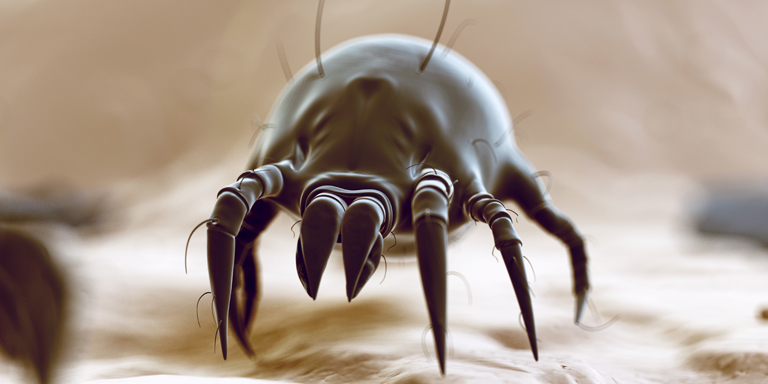 House dust mites can be found everywhere, both at home and at work - with health consequences for many allergy sufferers. 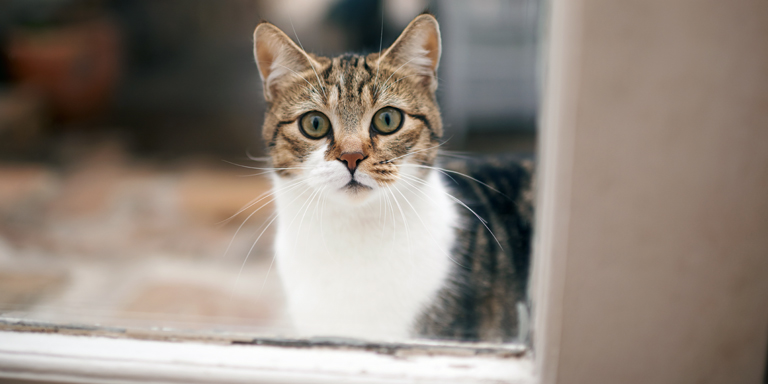 Allergies to cats, dogs, horses and rodents are common and may cause allergy symptoms throughout the year.

to page Animal allergy
© by aha! Allergiezentrum Schweiz
Last update: 07.03.2021
Site by WeServe
The aha! Swiss Allergy Centre uses cookies on its www.aha.ch website to ensure you get the best experience. To continue browsing the website, you must first consent to the use of cookies.